I feel like this blog post doesn’t need much of an introduction. All you really need to know is it is written by the exceptional Peter Carnavas. He is the illustrator of the newly released ‘My Brother is a Beast’ , which he created with Damon Young (yes our amazing guest author at our #picbookbc chat /party Thursday night!).

He has also many picture books to his name and if you haven’t come across any of his beauties….where have you been?! Check them out here…quick sticks! You will thank me.

Thank you Peter for this awesomeness .

We have a ‘Picture book’ party VIP hat with your name on it.

Great picture books are like great pop songs. Undeniably charming, universally appealing. They can cover the grandest of themes – or the silliest – and they initially take just a few minutes to consume. In these storytelling forms, tales of love and loneliness sit comfortably alongside works that seem to have no meaning at all, but simply exist for the fun of it. Both are (usually) bound by a tight structure that has little to do with the art itself: a pop song fits into three minutes for radio airplay; a picture book must fit into thirty-two pages because that’s good for printing. Nobody seems to complain about it, though. Pop songs worm into our heads, set up camp, and stay there for years. So do the best picture books.

Dive into the picture book section of any library or bookshop and you’ll be embraced by the imaginings of the warmest, most caring storytellers. As you flick through the pages and lose yourself in that magic picture book quality – the marriage of words and pictures – you know you’re in the hands of people who care deeply about the world. There aren’t many art forms that speak directly to children and grown-ups at the same time, and in such a wonderful way. We all know the importance of sharing picture books for language development, but the greatest benefit is the way in which picture books bring people together – a parent and a child, or a teacher and twenty-five children. They are designed to be shared, but, of course, there is absolutely nothing wrong with sensible grown-ups poring over picture books for hours, alone (no matter how many strange looks we get).

The best picture books reflect the best parts of ourselves, and the adventures we all travel, big or small. Libby Gleeson and Freya Blackwood depict the most beautiful relationships with just a few lines and a small sequence of illustrations, whether it’s the friendship between two children or between a dog and a chook. Gus Gordon’s picture books feature slightly eccentric loners trying to find their way in the world, as in Herman and Rosie, the tale of a crocodile and a deer eluding and finally finding each other in New York. Reading Tohby Riddle’s books, such as Great Escape From City Zoo or Milo – A Moving Story, is like watching a lovely old film. Leigh Hobbs charms us into caring about the most subversive, anarchic characters, like Old Tom and Mr Chicken. Damon Young’s picture book series celebrates the diversity of families through characters ordinary and absurd, the latest being My Brother is a Beast (all illustrated by me – blatant self promotion complete). And Bob Graham slows everything down and reminds us that we have more in common than we think, and that no matter where we live, the same sun falls on every one of us.

I have only picked out a few delightful crumbs from the rich dessert that is the world of Australian picture books. If you have read this far, you are probably already a hopeless picture book addict. If you aren’t, then find a bookshop, order a coffee (they almost always sell coffee), and jump in. Into the picture books, not the coffee.

Only 3 days to go until the first Picture Book Book Club chat! Lots of excitement here in the #picbookbc camp!

Here are the questions, to help get you prepared! The questions will be going up on the Monday before every chat, so keep your eyes peeled!

Q1. What are your earliest memories of Australian picture books?

Q2. What is your favourite Australian picture book/author and why?

Q3. In your opinion, what elements compromise a good picture book?

Q4. What do you think sets an Australian picture book apart from other picture books around the world?

Q5. With changing trends and technologies, what do you think the future will hold for the picture book industry in Australia?

You will then have time to ask our special guest, Damon Young some questions.

Join in on the fun at 8pm (AEST) on Thursday the 2nd of March! 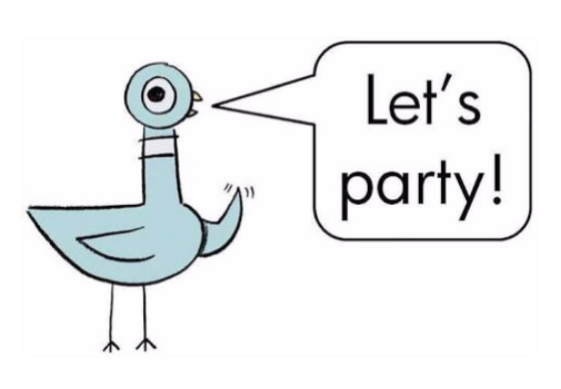 We love picture books and we know lots of you do too! When Nicola had an idea to join picture book lovers together in a monthly Twitter chat we knew it was a great idea. Picture books are a lot of fun for kids and adults alike so why wouldn’t we want a place to share our love for picture books and discuss their various benefits and uses?

So how does the Picture Book Book Club work?

The first Thursday of every month is Picture Book party time! At 8pm (AEST) picture book lovers will gather for a facilitated Twitter chat around a different theme every month that includes a guest author, illustrator or awesome person. The Picture Book Book Club team will lead you through a series of questions designed to explore the theme and discuss the awesomeness of picture books! For those of you who like to be prepared, we will publish the questions on our blog a few days before each chat. We will also feature blog posts from our guests so stay tuned to our blog throughout the month!

How can you join the Picture Book party?

We are super lucky to have the ultra talented Damon Young joining us to discuss picture book awesomeness. His fun new book ‘My Brother is a Beast’ which is illustrated by the very cool Peter Carnavas will hit shelves in late February.

Don’t let being a chat newbie stop you from following along and joining in, everyone was a beginner once and what better way to learn than with a group of people who love picture books?

We look forward to seeing you there and don’t forget to invite your friends!

I am lucky enough to work in a public library and I was asked recently (just as I admiring the awesome collection of picture books I had just borrowed)…’why on earth do you borrow so many picture books when you don’t have children?!’. The short answer…. they’re awesome.

This comment got me thinking….are there more ‘grown ups’ out there who share my enthusiasm for Picture books. .

I must track them down… and make them all members of a very awesome club …..’The Picture Book’ book club. 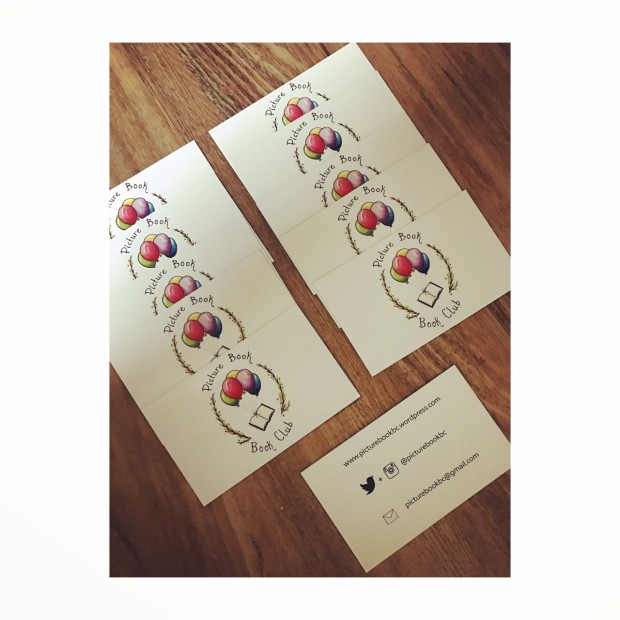 I grew up surrounded by books, I was a real book worm from a young age. When I started working in a public library, story time sessions and sharing these wonderful books became a regular part of my job. I am reminded daily that picture books have something important to say and give to all ages. I thought that was worth celebrating.

We are super lucky to have the ultra talented Damon Young joining us to discuss Picture book awesomeness. His fun new book ‘My Brother is a Beast’ which is illustrated by the very cool Peter Carnavas will hit shelves in late February.

Keep an eye out for our next blog post for a run down on how the Book club will work and how you can join in and be part of this Picture book party!!